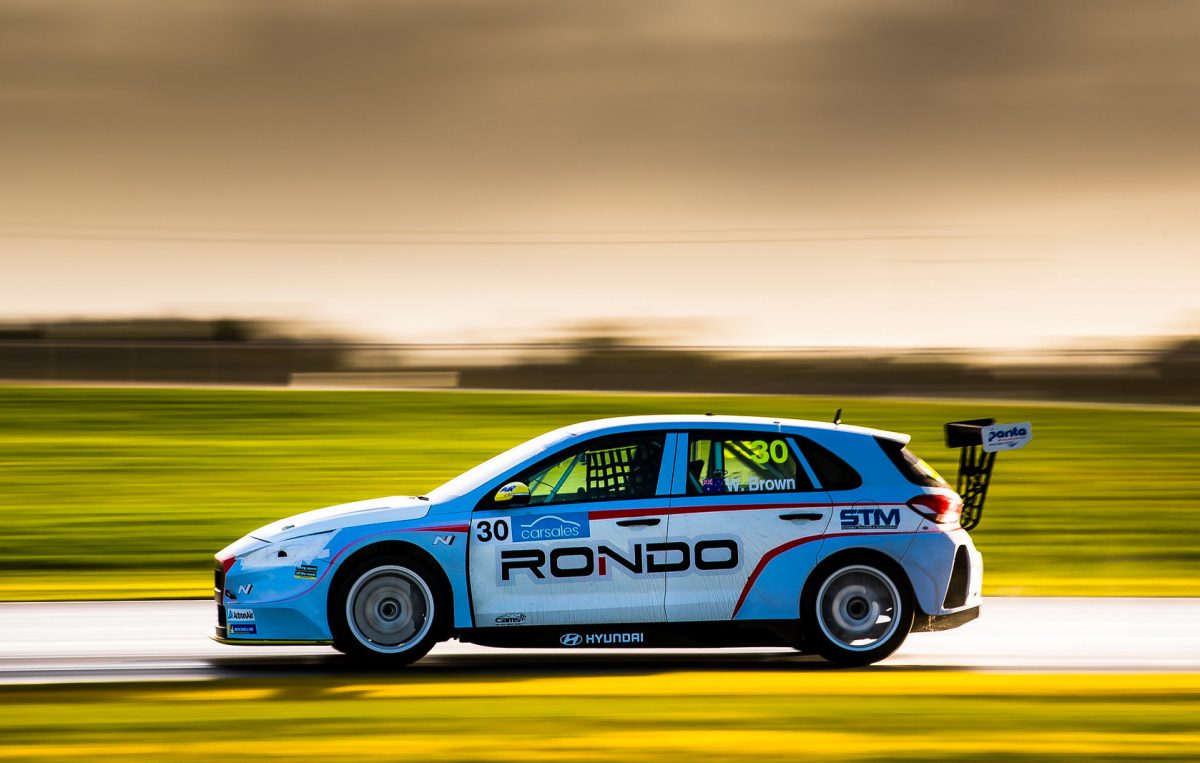 TCR Australia round 6 Wrap Up

Round 6 of the TCR Australia series was the penultimate round for the inaugural 2019 season. Despite the debut of the S5000 series, there was still lots of attention on the crowd-pleasing two litre turbo cars and the appearance of a highly regarded overseas driver.

Coming into this round, Will Brown (Hyundai 130N) held a comfortable lead in the championship, but he had some stiff competition at Sandown, with Honda WTRC driver, Nestor Girolami making a guest appearance in the #38 Wall Racing Honda Civic Type R.

Brown needed a strong result to lock up the championship, which as it turned out, was exactly what he achieved despite having the distraction of doubling up in the S5000 races and a mistake in race three.

Practice on Friday showed the benefit of years of competing internationally in the category, with Girolami one second faster than the rest of the field on his first visit to the circuit. Will Brown was fastest of the regular drivers, with Russell Ingall close behind.

Practice two was another impressive performance by Girolami, again more than a second ahead of the field on times. This time it was Liam McAdam who took fastest time of the locals, with Will Brown close behind.

Qualifying for Saturday’s race was another Girolami benefit, with the visitor rolling off faster laps as the session proceeded, but not before he had an “off” in the early stages. Demonstrating how sharp the competition is between the local drivers, it was Andre Heimgartner on this occasion who got closest to Girolami’s time, with John Martin also making his presence felt with third fastest time.

Race one produces a mistake-free run by Girolami, who made a break on the field and was never seriously challenged. Selection of tyres played a role in the damp conditions and Will Brown was able to pick off John Martin to take the second place with Jordon Cox coming into contention with a strong drive for third.

Sunday’s race two was another runaway win for Girolami as he avoided some of the action-packed chaos back in the field. He led from the start and was never seriously challenged. Apart from the restarts, and he continued to increase his lead as the race progressed. Garth Tander added more points in taking second place in a return to the series and James Moffatt picked up a podium spot with his third placing.

Race three completed a hat-trick for Nestor Girolami, with a final victory stamping his authority on the round. At one stage, it looked as if the championship would go down to the wire at the final round at The Bend when Will Brown spun in the opening lap.

However, Brown was able to fight back to eighth place by race end, which was enough to secure him the 2019 championship. Garth Tander slotted into second place and pursued Girolami for most of the race but was not able to close up the gap. Andre Heimgartner placed third but a post-race penalty for passing under a yellow flag put him out of the placings and handed Tony D’Alberto a podium spot.

The final round of the 2019 championship will take place at The Bend on 15-17 November.