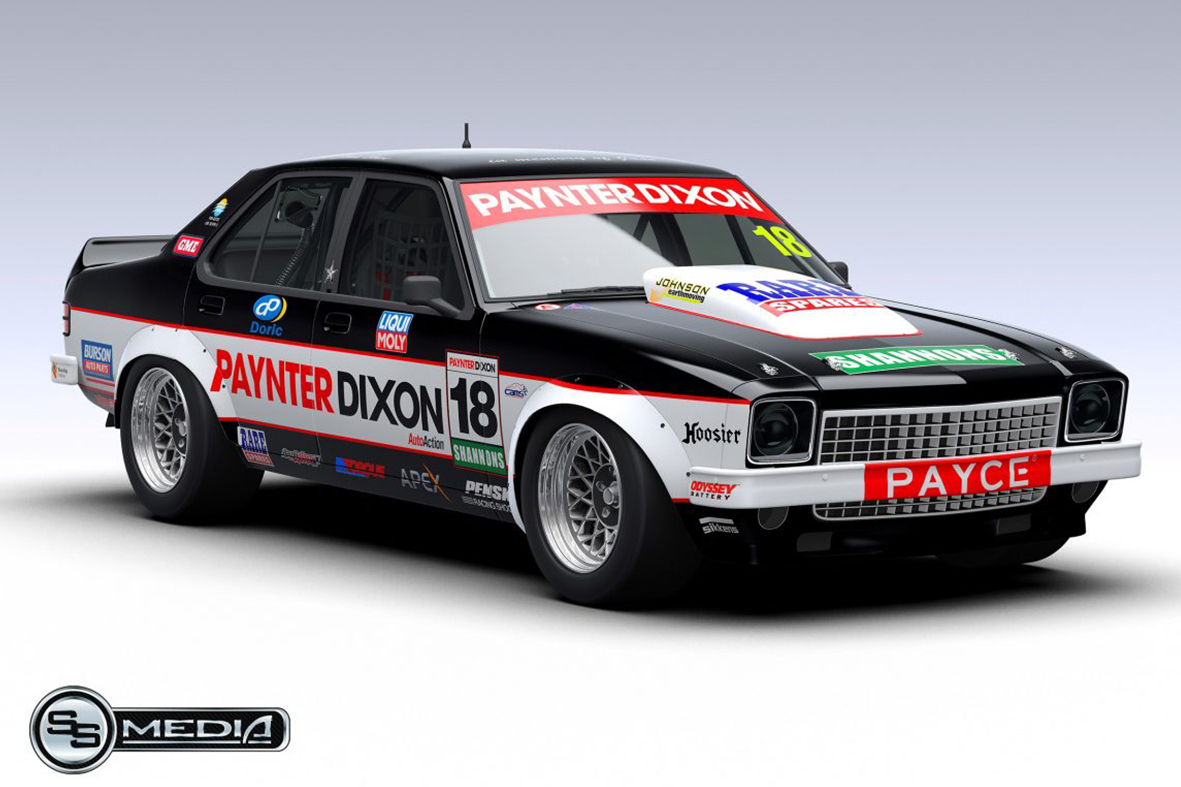 John Bowe in the #18 Paynter Dixon and PAYCE sponsored Holden Torana SL/R 5000 is back in contention for this year’s championship title after a win and two second placings at the inaugural Paynter Dixon Sydney MasterBlast at Sydney Motorsport Park.

The Touring Car Masters returned to the Sydney track after a three-year absence as the feature category in a program that saw the series contest five races across the weekend, including the first night race on Saturday evening.

John Bowe set fastest time in qualifying that gave him his first pole this season and the 51st of his TCM career. Mustang drivers, Aaron Seton was second on times with Steve Johnson third.

In the reverse grid race for the Dometic Trophy on Saturday morning, Bowe charged through the 20 car field from the rear to finish second to Cameron Mason in the six-lap race. By the end of lap one, Bowe had picked off most of the field to be seventh and a lap later was fifth then moved to second with two laps to go, setting a new lap record, but ran out of time to take the lead.

The Saturday afternoon milestone 300th TCM race was a disappointing one lap dash with Aaron Seton (Mustang) taking the honours after leading off pole. Ryal Harris and Steve Johnson fought for second spot for most of the lap before the Safety Car was required when Andrew Fisher (Ford Falcon) crashed at turn four. With the Fisher car badly damaged, the remainder of the race ran under the Safety Car, with Seton declared the winner, Johnson second and Harris third.

The Saturday night race was preceded by a 10 minute qualifying session to set the grid for the six-lap race on the shorter .Druitt circuit. John Bowe was out of the session and subsequently the race almost immediately with a broken rocker arm. Aaron Seton continued his earlier form to take pole from Johnson and Hansford.

The night racing was spectacular and all agreed there should be more in the future. Aaron Seton emerged the winner, breaking the lap record twice in the process. Harris kept Johnson at bay to complete the podium.

After a disappointing setback in qualifying for Saturday’s first-ever night race, Bowe bounced back with a well-deserved strong second place in the Sunday’s morning race.

Ryal Harris claimed victory after a last lap pass, when it looked like Seton had the race won. John Bowe also made a successful move on Seton to slot into second and chase down Harris, but failed by a mere one-tenth of a second.

The Sunday afternoon race was the highlight of the round and the most entertaining. John Bowe took the chequered flag when he made up three places on the last lap. Bowe made a courageous move on Seton to take the race with series leader Johnson close behind in third.

Congratulations to Ryal Harris in his Chev Camaro on winning his first round of the Paynter Dixon Touring Car Masters, finishing in the top three in every race.

With two rounds to go in the 2019 Championship, the focus is on the penultimate round at the Bathurst 1000 meeting on 10-12 October.