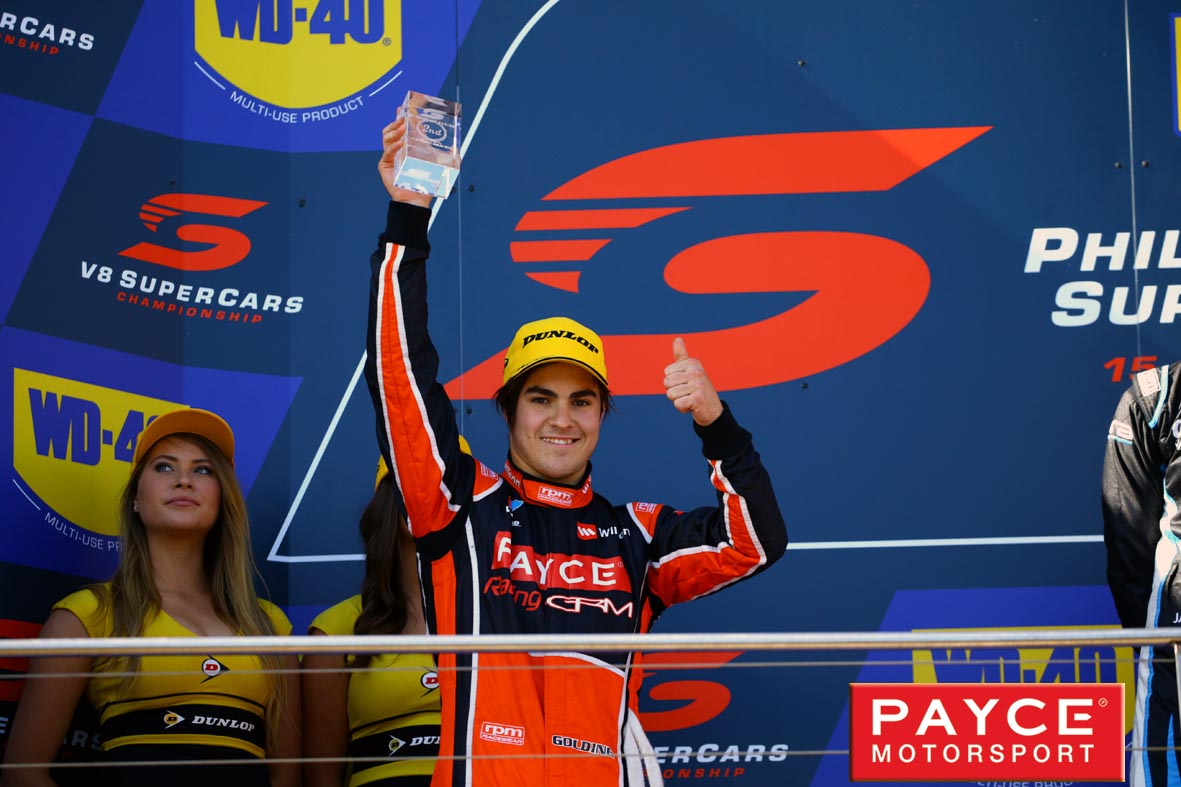 GRM’s Garry Rogers has announced that James “Bieber” Golding, who is competing in the 2016 Dunlop series for the team and the experienced David Wall, currently contesting the Porsche Carrera Cup series will join the Volvo squad for the Pirtek Enduro Cup races.

They will support Team PAYCE drivers, Scott McLaughlin in the #33 Volvo S60 and James Moffat in the #34 Volvo S60.

The PIRTEK Enduro Cup is awarded to the best two-driver team at the completion of the three classic V8 Supercar rounds on the Supercars calendar – the Sandown 500, the Bathurst 1000 and the Gold Coast 600, which comprises two 300 km races.

Garry Rogers said no decision has been made at this stage on the pairings in his team, and he does not see this as an issue that requires an immediate decision.

“I do not think it matters who races with who at this stage and, over the next few months, both Bieber and David will be in and out of both #33 and #34 cars,” he said.

“Both cars are identical in regards to build, except for a slightly different seating position.

“David offers great experience considering the laps that he has not only done in a Supercar, but of course the 2015 season in the Volvo.

“Bieber is obviously young, but he did a very creditable job in the 250 kilometre DVS race at Bathurst last year and overall performed well in the 2015 Development Series,” Garry said.

“So far this season in the ‘car of the future’ chassis he has certainly shown he has the ability to develop further.

“I have absolutely no concerns with a developing driver joining our squad where we believe both cars have the potential to win.

“Sure, Bathurst in particular can be very intimidating for an “up and comer” but I have the upmost faith in Bieber,” Garry said.

David Wall returned to the Porsche Carrera Cup Australia championship this year after three strong years in touring cars, including driving the #34 Volvo S60 for Wilson Security GRM team in 2015.

He is no stranger to the three tracks and especially the challenging Bathurst track where earlier in the year he finished outright third and class winner in the 6-hour race in a Mitsubishi Evo9 partnering with John Bowe.

Macauley Jones will be paired with Brad Jones Racing’s Tim Blanchard in the CoolRide #21 Holden Commodore. This will be his second year co-driving in the Supercars endurance races, following a good showing partnering Dale Wood last year. His best results were 11th at the Gold Coast 600 and 15th at Bathurst.

All three drivers participated in the first of two dedicated practice sessions for co- drivers at Winton on 20 May where they posted some good consistent times.

As Garry Rogers said after: “You don’t need a guy that can break a lap record one lap, and spear off into the sand trap or worse the next.

“If a so called co-driver can be steady and hand the car back to the lead driver in good condition that is what is needed. I was very happy with both boys’ performances,” he said.

The first endurance race is the Wilson Security Sandown 500 on 16-18 September.